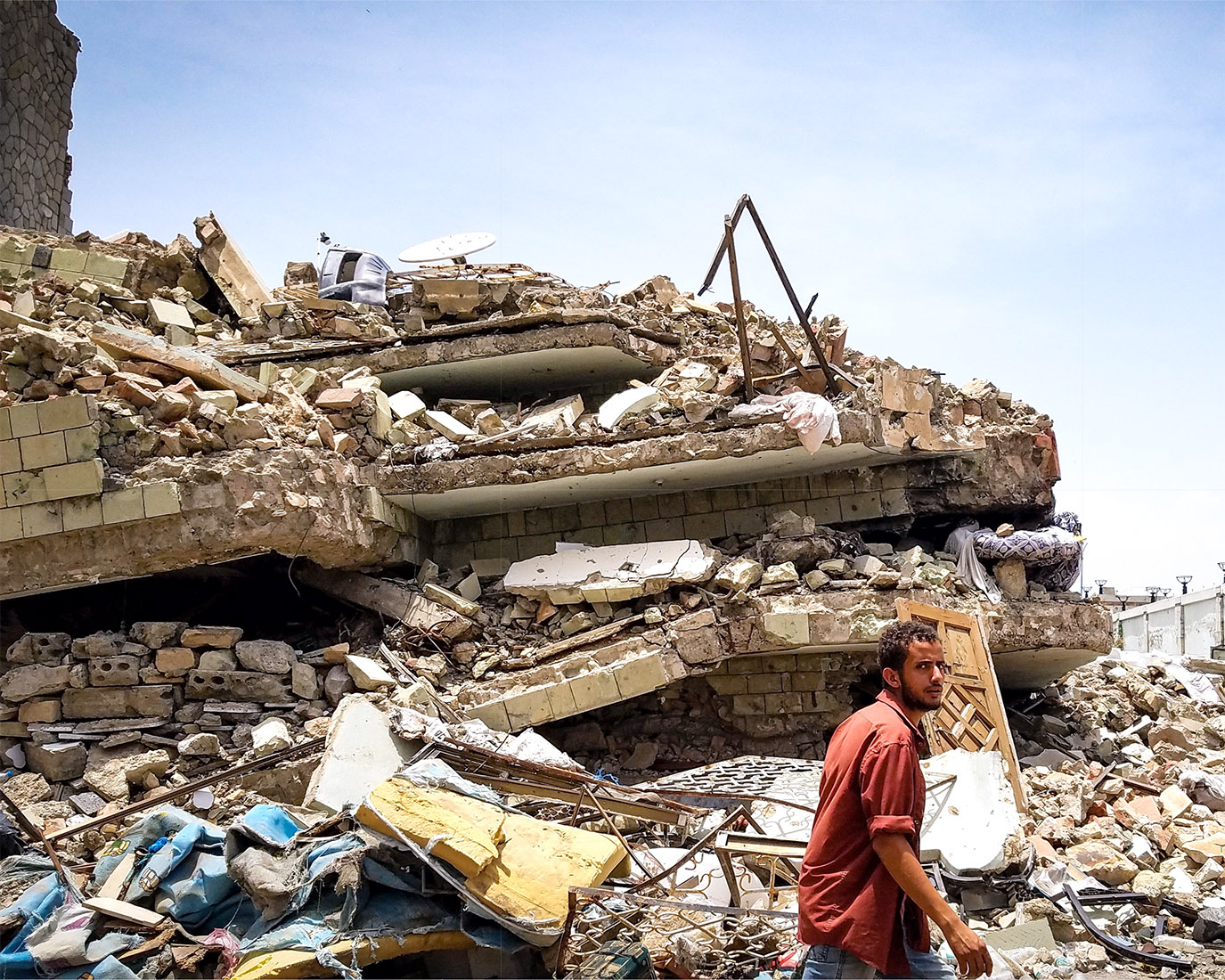 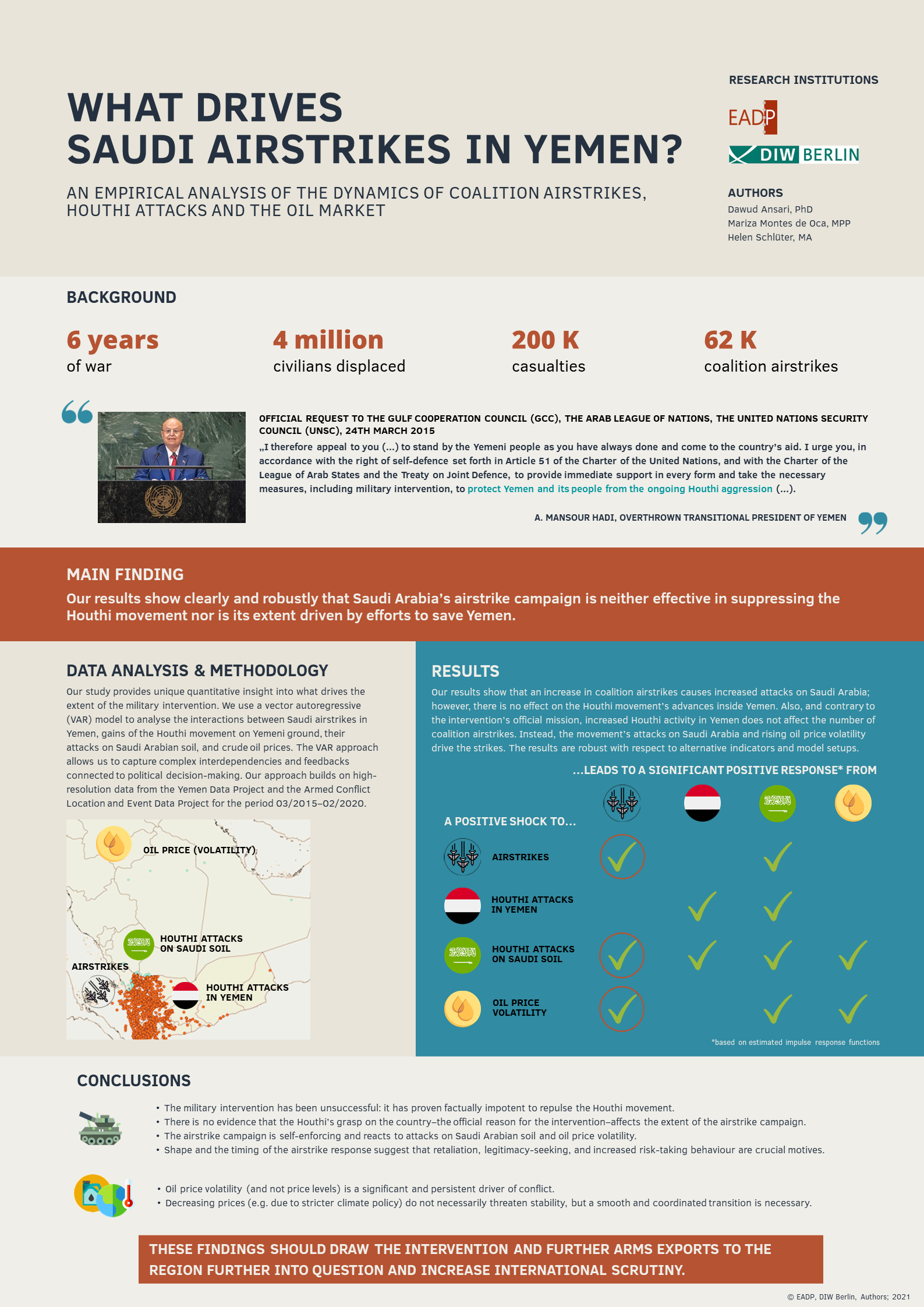 The Yemen war, now in its sixth year, has caused more than 200,000 deaths and the world’s ‎largest humanitarian crisis. A foreign military intervention under the leadership of Saudi Arabia ‎was launched in March 2015, after Yemen’s transitional government was overthrown by Ansar ‎Allah, also known as the Houthi movement. The intervention followed a formal request by ousted ‎transitional President Abdul Mansour Hadi. In letters to the UN Security Council, the Arab League ‎of Nations, and the GCC, he invoked Article 51 of the UN Charter, demanding international ‎support “including military intervention, to protect Yemen and its people from the ongoing Houthi ‎aggression”.‎

A joint study by researchers from EADP and the German Institute for Economic Research (DIW ‎Berlin), currently in peer review, casts further doubt about the integrity, the success, and the goals ‎of the military intervention. In the first thorough statistical analysis of the conflict, the researchers ‎find no evidence that the Houthi movement’s actions inside Yemen influence the number of ‎coalition airstrikes. In addition, the airstrikes do also not have any significant effect on suppressing ‎the Houthi movement’s advances. Dawud Ansari, the lead researcher of the study and director of ‎EADP, notes: “As a bottom-line, the airstrike campaign is both unjustified and ineffective. Our ‎numbers show that the coalition’s behaviour is inconsistent with the intervention’s official goal, ‎and it shows no effect on the Houthis’ advances in Yemen.”‎

Instead, the investigation has shown that coalition airstrikes and Houthi attacks on Saudi Arabia ‎drive each other. Helen Schlüter, a political scientist and one of the study’s authors, explains: “We ‎see that increased risk-taking behaviour and retaliation seem to cause the dynamics. Ordinary ‎Yemenis are subjected to a senseless circle of violence in which they have no part.” Moreover, the ‎vector autoregressive model has identified oil price volatility as a major driver–the number of ‎Saudi airstrikes increases with oil market uncertainty. The result underlines that not efforts to save ‎Yemen but domestic factors influence the airstrike campaign. Mariza Montes de Oca, an ‎economist at DIW Berlin and one of the investigators, adds: “These findings have relevance far ‎‎beyond the Yemen conflict. They hint to the fact that the climate transition must be precisely ‎planned and present a clear trajectory to prevent devastating uncertainty.”‎